To share your memory on the wall of Anna Lee, sign in using one of the following options:

On August 18, 2001, Anna was united in marriage to Herman Lee and they shared eighteen years together.

Anna is survived by her husband, Herman Lee of St. Louis, MO.; brother, Mike Jolly of Potosi, MO.; two sisters: Cindy Jolly of Texas and Margaret Jolly of Potosi, MO.; also surviving are dear brothers-in-law and sisters-in-law, nieces, and nephews and extended family. Anna also leaves behind her fur babies: Honey, Buster, and Jack whom she loved very much.

There will be a graveside service scheduled at a later date for family and friends. Expressions of sympathy may be shared by visiting decluefuneralhome.com

To send flowers to the family or plant a tree in memory of Anna Josephine Lee (Jolly), please visit our Heartfelt Sympathies Store.

There are no events scheduled. You can still show your support by sending flowers directly to the family, or planting a memorial tree in memory of Anna Josephine Lee (Jolly).
Visit the Heartfelt Sympathies Store

We encourage you to share your most beloved memories of Anna here, so that the family and other loved ones can always see it. You can upload cherished photographs, or share your favorite stories, and can even comment on those shared by others.

Posted Apr 24, 2020 at 12:01am
I am so sorry for your loss Herman. I will always remember our trip to Las Vegas, and how Annie brought laughter and life to our family gatherings.
Comment Share
Share via: 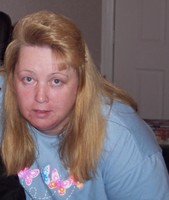