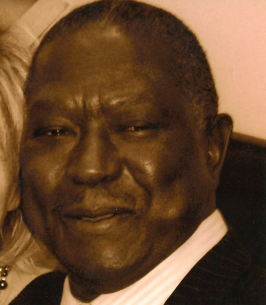 Bill L. Johnson, 82, formerly of Vicksburg, Mississippi, passed away in the comfort of his home in St. Louis, Missouri on Wednesday, July 13, 2022. He was born on April 30, 1940 in Humphrey County, Mississippi to Elijah and Florida (Johnson) Johnson. He was united in marriage to his soul mate, friend, advocate, caretaker and best all-around spoiler that he could have asked for, Vickie Lawson in 2007.

Bill grew up in Vicksburg, Mississippi. He graduated from Rosa A. Temple High School with the class of '61 where he became lifelong friends with Johnny Moran, Suge Knight Sr., T. Knight, John Ferguson, Bobby Perry, Jerry Parrott, and Eartis Crawford - this group of friends are affectionately referred to as "The Boys" to this day.

Bill became active in the Civil Rights Movement helping to mobilize voter registration drives while he was in college. And despite knowing the risks to his personal safety as a result of his activism - Bill was chased, threatened, beaten, jailed, and was thankfully not in his COFO field office when it was bombed the morning of October 4, 1964 - he continued his work, traveling throughout the south registering and supporting people who wanted to exercise their voting rights. During his civil rights work, Bill was the Project Director for the Council of Federated Organization (COFO). He also was a member of the Student Non-violent Coordinating Committee (SNCC) where he served as a field secretary, and was a Freedom Rider during Freedom Summer of 1964 in Vicksburg, MS.

Bill earned a Bachelor of Arts Degree at Webster College after moving to St. Louis, MO where he worked as a Juvenile Court Probation Officer for 18 years until having to retire early due to a stroke that he suffered in 1999. Following retirement, Bill worked at Mers Goodwill Career Center mentoring and helping young people with disabilities join the workforce.

Bill was a talker, a fact he would deny...with a smile, a political news enthusiast, and a lover of most things' sports. He loved good food - especially anything cooked by his sister Florence or his nieces Charlena and Toni. Bill was always on the go, loved hosting gatherings with friends, and spending time with his family, especially any chance he got to spend with his grandchildren and great grandchildren. Bill truly missed being able to do these things the last few years as he struggled with his health and mobility. So, our family is grateful that so many wonderful people enriched his life with their friendship and love, providing him with so many wonderful memories and stories to share with us.

Bill's wife, children, brother, and extended family will forever remember and miss his kindness and thoughtfulness, his happy and contagious smile, his mischievous giggle, his ability to tell a very good story, and his wisdom.

Bill truly left this world a better place than he found it!

In lieu of flowers, our family would like to invite you to make a donation in Bill’s name to the League of Women Voters: https://www.lwv.org/
or the National Association for the Advancement of Colored People: https://naacp.org/ to support voting rights and voting access.

*The family kindly requests that face mask be worn for the health and safety of all.

A time of visitation will be held on Saturday, July 23, 2022 from 10:30 AM until the time of his Funeral Service at 1 PM held at the DeClue Funeral Home. Mrs. Earnestine Johnson will be officiating Bill’s service. Interment will follow at the Hopewell Cemetery. DeClue Funeral Home was honored to have served and ministered to the family of Bill.