To share your memory on the wall of Charles Curtis Rhodes, sign in using one of the following options:

In addition to his parents and beloved wife, Curtis was preceded in death by his granddaughter, Regina Rhodes; siblings: Bonnie Head and husband Hershel, Herb Rhodes, Henrietta Cramer and husband Scott, Bill Rhodes and wife Helen; brothers-in-law and sisters-in-law: Neil and Erma Merrill, Bill and Luvina Harding, and David Harding.

Those who remain to cherish his memory and remember his legacy include his son, Charles “Chuck” Rhodes Jr. and Verna Lynn Boomer-Norris; daughter and son-in-law, RuthAnn and Larry Yount; two grandchildren: Jillian Rhodes, Blake Yount and Fiancé Whitney Morgan; four great grandchildren: Cameryn Yount and Fiancé Ethan House, Carsyn Yount, Jordan Glafke, and Braxton Morgan; brother, Ivan Rhodes and wife Allene; and sister-in-law, Dorothy Harding. Curtis also leaves behind many special nieces and nephews that he loved. Among those are two very special nieces: Neila (Merrill) Crane and Carolyn (Merrill) Simily, who spent many of their childhood days in his home.

A Funeral Service will immediately follow on Friday beginning at 3:30 pm with Elder Mike Jarvis officiating. Curtis will be laid to rest beside his wife Nina at Big River Cemetery, Irondale, Missouri.

We encourage you to share your most beloved memories of Charles Curtis here, so that the family and other loved ones can always see it. You can upload cherished photographs, or share your favorite stories, and can even comment on those shared by others.

Plant a Tree in Memory of Charles Curtis
Plant a tree 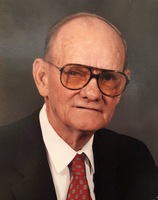 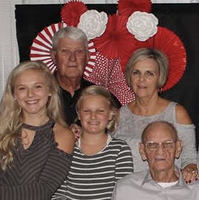 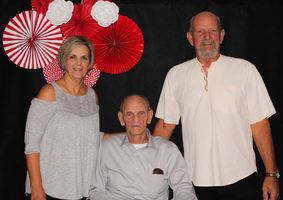