To share your memory on the wall of David Crocker, sign in using one of the following options:

David is preceded in death by his father, Harmon E. Crocker.

David was a mechanic by trade and worked for more than twenty years for Mack Truck in St. Louis. He retired in November 2012. David was a wonderful son who always took care of his mother after the death of his father. He will be greatly missed by his family and friends.

Visitation will be held on Friday, February 14, 2020 at DeClue Funeral Home, beginning at 9:30 AM followed by a Funeral Services at 11:00 AM, held in the DeClue Memorial Chapel with Alan Aubuchon officiating.

Interment and final prayers will be held at Caledonia Methodist Cemetery. All funeral arrangements have been cared for by DeClue Funeral Home.
Read Less 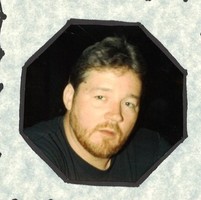