To share your memory on the wall of Ernie Courtois, sign in using one of the following options:

On November 3, 1990, Ernie was united in marriage to Melinda King and they shared twenty-nine years together.

In addition his father and mother, Ernie was preceded in death by six siblings: Stella Courtois, Leroy Courtois, Jimmy Dale Courtois, Norma Jacobs, Albert Courtois, and Karen Goodson; father-in-law and mother-in-law: Bill and Marie King; and many other dear relatives.

Ernie worked for local mining companies from 1970 to the early 1980's. He became employed by Purcell tire from the mid 1980's to the 1990's. Ernie enjoyed building and racing cars, fishing, spending time with family and friends, but most of all spending time with his cat Sadie. He was proud of his daughters and the mothers they became as well as the children they have raised. His biggest blessing in life was his wife Melinda. He was a devoted catholic and enjoy going to church when he had the ability to do so.

A Funeral Service will be held Saturday, October 3, 2020 at 11 am held in the DeClue Chapel. Fr. James Hanson will officiate Ernie’s service.

To plant a memorial tree in honor of Ernie Courtois, please visit our Heartfelt Sympathies Store.

We encourage you to share your most beloved memories of Ernie here, so that the family and other loved ones can always see it. You can upload cherished photographs, or share your favorite stories, and can even comment on those shared by others.

Posted Nov 03, 2020 at 01:05pm
We were at Ernie's and helping clean up after the tornado and my dad (Rick Hedrick) over threw the wood and my little brother got hit in the head. Dad and Ernie were tight.
Comment Share
Share via:
LS

Posted Oct 06, 2020 at 11:04am
We were classmates and shared a brew or two. Ernie was a funny guy even when he didn't mean to be funny. My best to the Courtois family.

Denise Martin purchased flowers for the family of Ernie Courtois.

Posted Oct 02, 2020 at 11:22am
Wishing you peace to bring comfort, courage to face the days ahead and loving memories to forever hold in your hearts.

Posted Oct 02, 2020 at 07:54am
Alisa and family, I am wishing you peace to bring comfort, courage to face the days ahead and loving memories to forever hold in your hearts.

Faith Williams purchased flowers for the family of Ernie Courtois. 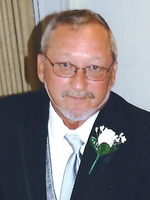 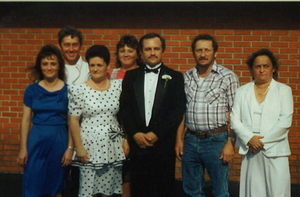 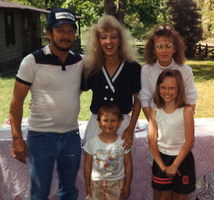 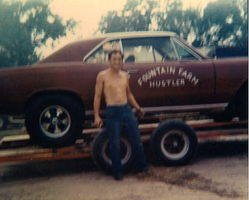