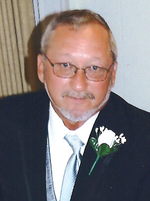 Ernest Edward Courtois also known by family and friends as “Ernie” of Potosi, Missouri, departed this life on Tuesday, September 29, 2020 having reached the age of sixty-eight years, nine months and four days. Ernie was born on December 25, 1951, a son to the late James Carl Courtois and the late Ruby Pearl (Hedrick) Courtois.

On November 3, 1990, Ernie was united in marriage to Melinda King and they shared twenty-nine years together.

In addition his father and mother, Ernie was preceded in death by six siblings: Stella Courtois, Leroy Courtois, Jimmy Dale Courtois, Norma Jacobs, Albert Courtois, and Karen Goodson; father-in-law and mother-in-law: Bill and Marie King; and many other dear relatives.

Ernie worked for local mining companies from 1970 to the early 1980's. He became employed by Purcell tire from the mid 1980's to the 1990's. Ernie enjoyed building and racing cars, fishing, spending time with family and friends, but most of all spending time with his cat Sadie. He was proud of his daughters and the mothers they became as well as the children they have raised. His biggest blessing in life was his wife Melinda. He was a devoted catholic and enjoy going to church when he had the ability to do so.

A Funeral Service will be held Saturday, October 3, 2020 at 11 am held in the DeClue Chapel. Fr. James Hanson will officiate Ernie’s service.

Interment will follow at Sunset Hill Cemetery, Potosi. Funeral services were respectfully entrusted to the care and direction of DeClue Funeral Home.