To share your memory on the wall of Florence Weaver, sign in using one of the following options:

In addition to her father and mother, Flo was preceded in death by her first husband, Lawrence Barr; second husband, Harold Dewey Weaver; and other dear relatives.

To send flowers to the family or plant a tree in memory of Florence Mae Weaver (Jennings), please visit our Heartfelt Sympathies Store.

We encourage you to share your most beloved memories of Florence here, so that the family and other loved ones can always see it. You can upload cherished photographs, or share your favorite stories, and can even comment on those shared by others.

Posted Jun 03, 2020 at 03:21pm
Carole/Wayne and Kraft Families and Debra/Dan and Meyer/Keuss Families,
We want to extend our deepest sympathy to all of you upon the passing of Flo. All of you will be in our daily prayers/thoughts. May God comfort, encourage, and support each one of you daily thru this difficult time. Flo was a wonderful, fun, friendly person to be around on a daily basis. She had a great personality and we enjoyed all the wonderful times we spent together as neighbors and friends. She will be missed very much! May God bless all of you.
In Christian Love,
Tim, Amber, and Corby Redburn
Comment Share
Share via:
HS

Flowers were purchased for the family of Florence Weaver. Send Flowers

Posted Jun 02, 2020 at 04:18pm
Our deepest condolences to the entire family. Heaven gained a wonderful woman and that is evident by all the wonderful people she touched in her life 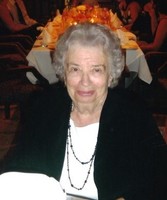