To share your memory on the wall of George \"Eddie\" Nipper, sign in using one of the following options:

Eddie attended school in Belgrade and Caledonia graduating in 1964 from Valley High School. He went on to attend Flat river Junior College from 1964 to 1966. In 1966, Eddie was drafted into the US Army and served as a Combat Engineer receiving an Honorable Discharge in 1968. He was a proud veteran and Lifetime member of VFW Post 6947.

While attending Southeast Missouri State college he met the love of his life in 1976. After graduating in 1978, Eddie married Judy Kay Epps at Hazel Creek Church of God and they were blessed with over 42 years of marriage. Eddie taught Physical Education for a brief time at both Belgrade and Caledonia, he was known for teaching class, doing handstands, throwing a mean dodge ball, and coaching Basketball. His 6th Grade Basketball players will have the honor of carrying him to his rest.

Eddie retired from District 36 Division of Probation and Parole after 22 years in April of 2010, another time in his life like teaching where he was able to help and educate. He believed in second chances and was never judgmental, if you were in Eddies care you knew you were going to get a fair shake.

After retiring you could usually find both Eddie and Judy camping from spring to fall enjoying all Missouri parks had to offer. Over the years, there became a large group of friends that would camp together for which there are countless stories and escapades that will keep bringing smiles and belly laughs and probably a lot of tears around the campfire. He will be missed dearly by all his camping friends.

Eddie supported our school system and our sports, He spent 8 years on the Valley R-vi school board and was a common fixture at most all Valley games. He belonged to the Belgrade Roys Solver of all Problems coffee club, he couldn't pass up a free quarter while walking by the bandit. He was a collector of everything and if you needed it he probably had it, " just not sure where it is."

Eddie passed away suddenly at home on Wednesday, May 26, 2021, having reached the age of seventy-four years, six months and twenty-three days.

Visitation will resume on Sunday, May 30, 2021, from 11 am to 1 pm at Belgrade United Methodist Church, in Belgrade, MO. A funeral service will follow the visitation at 1 pm with Pastor Glen Land officiating. Full military honors will be presented by the United States Army and VFW Post 6947.

We encourage you to share your most beloved memories of George "Eddie" here, so that the family and other loved ones can always see it. You can upload cherished photographs, or share your favorite stories, and can even comment on those shared by others.

Posted Jun 05, 2021 at 08:50pm
Nipper Family: I just learned of Ed's passing. Sorry to hear of your sudden loss. I enjoyed working with Ed at Probation and Parole. He was a straight shooter and you always knew how he felt about things. It was evident that he loved all of his family. I will be praying for comfort for your family.
Gary Scott
Comment Share
Share via: 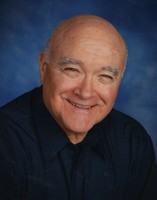 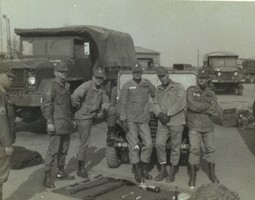 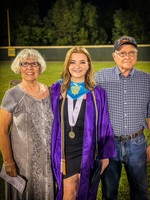 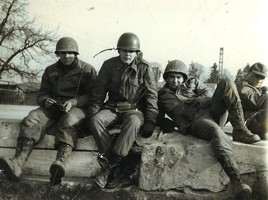