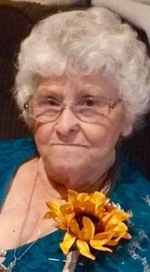 Goldie Marie Harr of Potosi, Missouri was born on June 17, 1939 in Potosi, a daughter of the late Albert Winick and the late Dorothy (Lampkey) Winick. Marie went to be with the Lord on Wednesday, October 7, 2020 having reached the age of eighty-one years, three months, and twenty days.

A Funeral Service was held Saturday, October 10, 2020 at 11 am held at Furnace Creek 1st Church of God. Pastor Howard Weir officiated the service.

Funeral arrangements were entrusted to the care and direction of DeClue Funeral Home.