To share your memory on the wall of Herbert Goodrick, sign in using one of the following options:

In addition to his father and mother, Herb was preceded in death by his daughter, Ms. Debbie Sue (Goodrick) Zavoda on March 6, 2021.

Herb proudly served in the United States Navy from June 23, 1959 to June 29, 1961. Herb had a passion for hunting. He especially loved squirrel and coon hunting and he also enjoyed fishing, a true outdoorsman. Herb was an avid reader of “Full Cry” a hunting magazine and looked forward to each issue. Throughout his many years of hunting, Herb would take a dog that some would consider to be a “mutt” and turn it into a successful coon or squirrel dog. Herb loved to ride horses and would go on lengthy trail rides with family and friends, including with his long-time friend Ms. Florence Shinkle Rice.

Lastly, Herb was always a farm boy at heart. He loved country living. While Herb had a “city slicker” job in an executive leadership capacity at the St. Louis Newspaper Guild before he retired, he always loved living in the country, and he loved the Potosi countryside and the people of Potosi.

Visitation will be held Saturday, April 17, 2021 from 10 am until the time of service at 1 pm held at White Oak Grove Baptist Church in Potosi, Missouri. Pastor Scott Welty and Pastor Jeff Richards will be officiating Herb’s funeral. Musical selections will be “Amazing Grace,” “The Anchor Holds,” by Ray Boltz, and “Going Home,” by Chris Tomlin. Military Honors will be presented by the United States Navy and Local VFW Post 6996.

We encourage you to share your most beloved memories of Herbert here, so that the family and other loved ones can always see it. You can upload cherished photographs, or share your favorite stories, and can even comment on those shared by others.

Plant a Tree in Memory of Herbert
Plant a tree 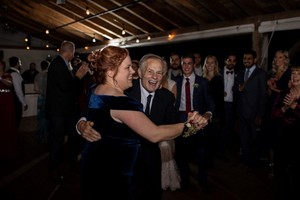 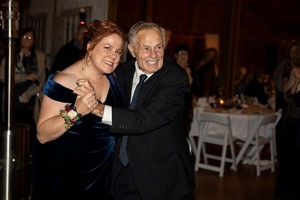 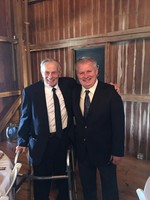