To share your memory on the wall of James \"JC\" Norris, sign in using one of the following options:

JC went to be with his Lord and Savior on Saturday, September 26, 2020 having reached The age of eighty-nine years, ten months and twenty-three days.

James, aka Jim, JC, Jay, was an outdoorsman who loved camping, fishing, deer, turkey, and coon hunting. Growing up during the depression he started work as a truck driver at an early age to help support his family. In 1959 he attended Bailey Technical School studying diesel mechanics and went on to a 34 year career with Ryder Truck Rental as an accomplished diesel mechanic. Upon retirement he and Barbara relocated to Bixby, MO where he then started JC Norris Trucking business hauling for the local sawmills. In 2015 he and Barbara moved to O’Fallon, IL for rest and relaxation near family. James, Jim, JC, Jay, whatever you chose to call him, was a generous, reliable friend to many.

In addition to his parents, JC was preceded in death by four siblings: Irene Cavanese, Archie Norris, Betty Walberg, Goldie Browning; and his father-in-law and mother-in-law: Theodore and Mildred Kloepper.

**Per the family’s request, facial masks/coverings will be required before entering the facility. DeClue Funeral Home understands the importance of a community being able to come together during difficult times such as this – but please keep the safety of others a priority while visiting. Social distancing is strongly encouraged and extra sanitation areas have been put in place as an added precaution.**

We encourage you to share your most beloved memories of James "JC" here, so that the family and other loved ones can always see it. You can upload cherished photographs, or share your favorite stories, and can even comment on those shared by others.

Posted Oct 02, 2020 at 05:29pm
Kim, Dave, Elise and Hunter, Our thoughts & prayers are with you. Give our condolences and prayers to your Mrs. Norris.

Posted Oct 02, 2020 at 03:34pm
I think the first time I met JC Barb and I were in Salem Mo and after he left us she told me that is the one I am going to marry we were so young but what a blessing spending the best lives with the one you love Barb we have been blessed having the life we have had love u always susie
Comment Share
Share via:
DB

Posted Sep 30, 2020 at 10:17am
Wishing you peace to bring comfort, courage to face the days ahead and loving memories to forever hold in your hearts.

Posted Sep 29, 2020 at 12:26pm
Wishing you peace to bring comfort, courage to face the days ahead and loving memories to forever hold in your hearts. 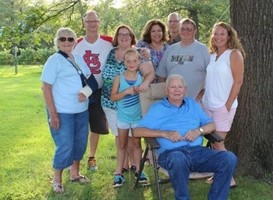 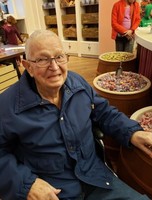