To share your memory on the wall of James \"Sonny\" Henry, sign in using one of the following options:

On October 12, 1985 Sonny was united in marriage to Susan (Branaugh) Kennon and they shared thirty four years together.

In addition to his father and mother, Sonny is preceded in death by his father-in-law and mother-in-law: Robert “Bob” and Maggie Branaugh; and two brothers-in-law: Steven Branaugh and Dennie Branaugh.

A Memorial Visitation will be held on Saturday, February 15, 2020 from 11 AM to 2 PM at the DeClue Funeral Home.

A Memorial Service will immediately follow on Saturday, beginning at 2 PM in the DeClue Memorial Chapel with Elder Mike Jarvis and Elder Leonard Compton officiating. In lieu of flowers, memorials May be made to the Sayers Senior Center of Potosi. Memorial envelopes will be available at the funeral home.

We encourage you to share your most beloved memories of James "Sonny" here, so that the family and other loved ones can always see it. You can upload cherished photographs, or share your favorite stories, and can even comment on those shared by others.

Posted Feb 14, 2020 at 12:08am
We will always remember our fun times together, either up on the hill, or down in the valley! You will be missed by all of us!
Lloyd, Marty, Keith, and Kristin 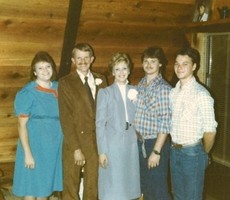 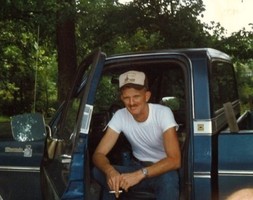