To share your memory on the wall of John L. Boyer, sign in using one of the following options:

Provide comfort for the family by sending flowers or planting a tree in memory of John L. Boyer

Provide comfort for the family by sending flowers or planting a tree in memory of John L. Boyer

From 1960 – 1964, John L. was in the United States Air Force studying to be a Russian Language Translator. After serving in the Air Force, he went to work for Federal Reserve Bank in St. Louis where he trained to be an auditor and learned how to burn old money. Later on, John L. began working for the United States Postal Service as a Mail Carrier. During this time the postal service had formed a union and John became President for the local union. While continuing his work with the postal service, John also became an Alderman from 1976 until 1980. He was Mayor for the City of Potosi for one year. John was one of the main leaders in organizing and developing the Sayers’ Senior Citizen Center, the Moses Austin Group Home for the Handicapped, and the City Park. He was a devout advocate for the handicapped and developmentally disabled.

John L. had a stroke Saturday morning, May 9, 2020. He was transferred to Mercy Hospital South and admitted to ICU. The following day, May 10, 2020, John had another stroke. On Tuesday, May 12, 2020, we brought him home where he wanted to be, surrounded by his family. John was awake and oriented for approximately one hour and a half. This was a very special time given to us to share love and laughter. John went to sleep and passed away the next morning, Wednesday, May 13, 2020.

All of John L.’s wishes were met and he made sure to do everything his way. He was not defeated in death. He will be deeply loved and cherished all the days to follow.

The family will receive friends for a time of visitation on Thursday, May 14, 2020 at DeClue Funeral Home from 12:00 Noon until 2:00 PM. A brief ceremony will begin at 2:00 PM on Thursday to honor the life of John L. Serving as pallbearers will be Bill Boyer, Garrett West, Ryan Boyer, Zane West, Tony West and Kevin Charboneau. Interment and final prayers will be held at Calvary Cemetery following the service.

As we encourage the community to join the family in honoring the life of Mr. Boyer, we urge everyone to follow the guidelines of our government and health officials regarding personal contact and attending gatherings. DeClue Funeral Home is committed to helping families honor the lives of their loved ones, while keeping the safety and well-being of all residents, staff and officials our priority. We appreciate your understanding and patience during this difficult, unprecedented time. We will continue to pray for our community and nation. May God Bless.

To send flowers to the family or plant a tree in memory of John L. Boyer, please visit our Heartfelt Sympathies Store.

We encourage you to share your most beloved memories of John L. here, so that the family and other loved ones can always see it. You can upload cherished photographs, or share your favorite stories, and can even comment on those shared by others.

Posted May 13, 2020 at 09:55pm
John L will be missed by many . He was definitely full of wisdom & knowledge that he shared with many . My childhood. Memories of John l and his family I will hold near & dear to my heart . Prayers for his family may God wrap his arms around them all and comfort them in the days ahead . You may be not with us all here now but your memories will always stay with all of us . Leslie & Tony Harmon
Comment Share
Share via:
JW 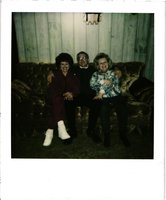 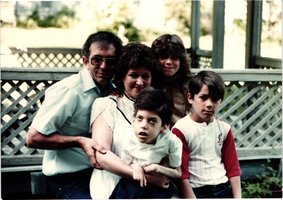 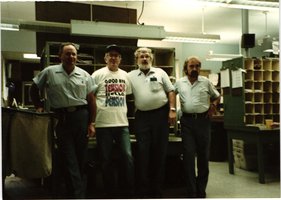