To share your memory on the wall of John Province, sign in using one of the following options:

John was a hard-working, honest, funny man who adored his family. He loved being outdoors—hunting, fishing or just enjoying nature. He loved sharing stories about growing up on the farm and about his time in Hawaii. He will be missed beyond words, but we like to think he is now reunited with Jimmye Lou and they are enjoying pina coladas in paradise.

A Funeral Service will be held on Saturday, March 20, 2021 at 11 am at the DeClue Memorial Chapel with Elder Mike Jarvis officiating. Interment will follow at Caledonia Methodist Cemetery in Caledonia, Missouri. Full military honors will be presented by the United States Marine Corps and VFW Post 6996.

*For the health and safety of all, face masks are recommended.

Posted Mar 15, 2021 at 08:03pm
Rest ye oh warrior, you'll battle no more.
No longer to suffer the horror's of war
Your duty was done with honor and pride
Farewell oh brother, until we march at your side.
Semper Fidelis.
Saepe Expertus
Semper Fidelis
Fratres Asterns
Comment Share
Share via: 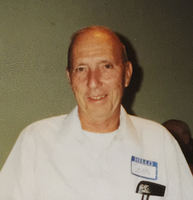 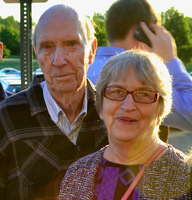