To share your memory on the wall of Juanita Parks, sign in using one of the following options:

On June 16, 1956 Juanita was united in marriage to Donald Glenn Parks and they shared 64 years together. Donald preceded Juanita in death on October 26, 2011.

In addition to Juanita’s father, mother and husband, she was also preceded in death by her infant son, Donald Glenn Parks II.

A Graveside Service will be held on Saturday, March 27, 2021 at 11 am held at Caledonia Methodist Cemetery. Funeral arrangements were respectfully entrusted to DeClue Funeral Home. Online condolences may be expressed by visiting decluefuneralhome.com
Read Less

We encourage you to share your most beloved memories of Juanita here, so that the family and other loved ones can always see it. You can upload cherished photographs, or share your favorite stories, and can even comment on those shared by others. 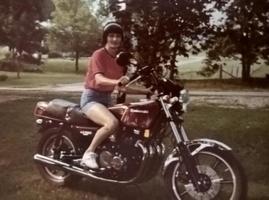