To share your memory on the wall of Laura Bourbon, sign in using one of the following options:

Visitation will be held at DeClue Funeral Home on Friday, March 6, 2020, beginning at 9:00 AM. Funeral services will begin at 11:00 AM, held in the DeClue Memorial Chapel with Elder Leonard Compton officiating.

Interment and final prayers will be held at Upper Indian Creek Cemetery, Viburnum, following the service.

We encourage you to share your most beloved memories of Laura here, so that the family and other loved ones can always see it. You can upload cherished photographs, or share your favorite stories, and can even comment on those shared by others.

Posted Mar 09, 2020 at 04:25pm
I am so sorry to hear of Lucy's passing. I lived across the street from Dud's mother and Tilmie, Kack and Barbara Ann. . We were at Dud and Lucy's all the time. They always made me feel like family. Praying and sending condolences to your family during this difficult time, Sharon (Hartzell) Smith
Comment Share
Share via:
HS

Flowers were purchased for the family of Laura Bourbon. 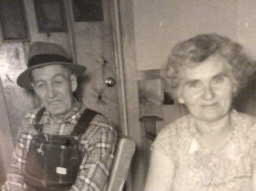 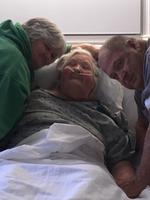