To share your memory on the wall of Lawrence Dunlap, sign in using one of the following options:

On June 1, 1947, Lawrence was united in marriage to Norma Jean Litton and they shared fifty-nine years together. Lawrence was a devoted Christian who served the Lord with gladness. He bravely served his country in the United States Army during WWII from March 5, 1943 to March 6, 1946.

In addition to his father and mother, Lawrence was preceded in death by his beloved wife Jean Dunlap on August 23, 2006; brother, Othel Dunlap; an infant sister; sister, Norma Skaggs; and great grandson, Ryan Hatfield.

In lieu of flowers, memorials may be made in memory of Lawrence to the Missouri Veterans Home, 2400 Veteran’s Memorial Drive, Cape Girardeau, Missouri 63701, ATTN: Kristen Pind. Memorial envelopes will be available at the funeral home.

Visitation will be Saturday, September 26, 2020 at DeClue Funeral Home from 1 pm until the time of service at 3 pm. Elder Leonard Compton will officiate the service.

** Per the family’s request, facial masks/coverings will be required before entering the facility. DeClue Funeral Home understands the importance of a community being able to come together during difficult times such as this – but please keep the safety of others a priority while visiting. Social distancing is strongly encouraged and extra sanitation areas have been put in place as an added precaution. 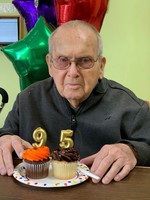 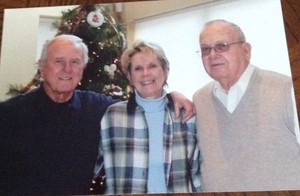 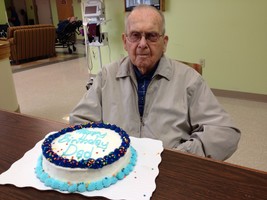