To share your memory on the wall of Lawrence Missey, sign in using one of the following options:

Lawrence was united in marriage to his first wife, JoAnn Snowden, on September 8, 1951 and they shared sixty-two years of marriage and memories together. After JoAnn’s passing, Lawrence later re-married Beatrice Marie Cover on January 26, 2015 and they shared five wonderful years together. As a Vietnam Veteran, Lawrence retired from the United States Marine Corps. in 1969 after serving as a proud Marine for over twenty years, earning the rank of Gunnery Sergeant. Lawrence was very patriotic. Lawrence was a member of the Potosi Masonic Lodge 131 AF AM. He will be missed by all who loved and knew him.

A Funeral Service will be held on Sunday, August 16, 2020 at 1 pm, held at the DeClue Chapel with Elder Mike Jarvis officiating. Interment will follow in New Diggins Cemetery. Lawrence will receive a military honors service presented by the United States Marine Corps. and VFW 6996.
Funeral arrangements were respectfully entrusted to the care and direction of the DeClue Funeral Home.
Read Less

To send flowers to the family or plant a tree in memory of Lawrence Joseph Missey, please visit our Heartfelt Sympathies Store.

Sandy and Buddy sent flowers to the family of Lawrence Joseph Missey.
Show you care by sending flowers

Sandy and Buddy purchased flowers for the family of Lawrence Missey. Send Flowers 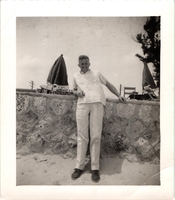 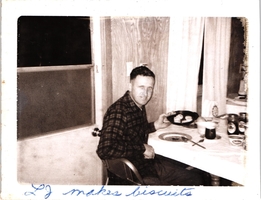