To share your memory on the wall of Lester Schroer, sign in using one of the following options:

On April 3, 1954, Lester was united in marriage to Mary Ann Laramore and they shared sixty-six years together.

Lester proudly served in the United States Army from February 7, 1950 to September 25, 1952 during the Korean War. Lester will receive full military honors consisting of flag folding and presentation, gun salute and Taps.

A Funeral Service was held on Tuesday, June 2, 2020 at 11 AM at DeClue Funeral Home officiated by Pastor Bill Brammer and Pastor John Canterberry.

Interment and final prayers were held at Caledonia Methodist Cemetery.

Funeral arrangements were respectfully entrusted to the care and direction of the DeClue Funeral Home, Potosi, MO.
Read Less

To send flowers to the family or plant a tree in memory of Lester Edmond Schroer, please visit our Heartfelt Sympathies Store.

We encourage you to share your most beloved memories of Lester here, so that the family and other loved ones can always see it. You can upload cherished photographs, or share your favorite stories, and can even comment on those shared by others.

Posted Jun 01, 2020 at 01:45pm
Sending much love, peace and friendship to all the family. I worked at Purcell Tire for 18 years when he worked there as well. Always a smile. Always kind and considerate. Very upstanding man. Proud to say he was my friend.
Comment Share
Share via:
PY

Posted Jun 01, 2020 at 11:52am
Lester was an amazing man of God with a wonderful sense of humor. We will always remember him fondly. Our hearts go out to Mary Ann, Nancy and Andy, Breanna, Dillon, Joe, Donnie and Jody and all the other family members and friends who will dearly miss him. Our love and prayers are with you all.
Comment Share
Share via:
MT

Posted Jun 01, 2020 at 11:24am
Please accept our most heartfelt sympathies for your loss... Our thoughts are with you and your family during this difficult time. 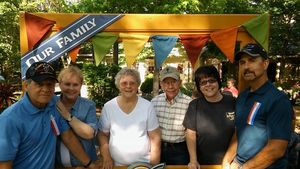 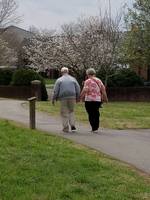 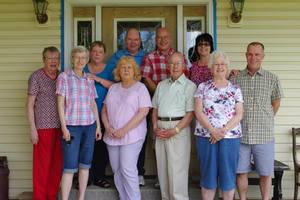