To share your memory on the wall of Louis Minor, sign in using one of the following options:

Louis is survived by his four children: Christopher Minor and wife Patrizia, Jason Minor and wife Timberlee, Jeremy Minor and wife Lisa, and Samantha Minor; seven grandchildren; two great-grandchildren; and sister, Reva Coffman. Louis is also survived by in-laws, nieces, nephews and extended family. The family would like to thank special family friends Draidyn Tedder and Jacob Boyer for the care that was given to Louis.

Louis was preceded in death by his parents: Robert and Cecilia Minor; and beloved wife: Sarah Minor who passed away on October 28, 2019.

We encourage you to share your most beloved memories of Louis here, so that the family and other loved ones can always see it. You can upload cherished photographs, or share your favorite stories, and can even comment on those shared by others.

Plant a Tree in Memory of Louis
Plant a tree 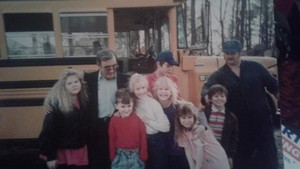