To share your memory on the wall of Mamie Lee Wigger , sign in using one of the following options:

On June 10, 1950, Mamie Lee was united in marriage to Richard Arthur Wigger at Potosi Southern Baptist Church and three children were born to this union.

Mamie was a Washington County resident for eighty-two years. Her work, in public service at the Washington County Health Department, spanned four decades. Her compassion for others was seen in the many programs that grew or began under her leadership at the Health Department. She also volunteered her time with the American Red Cross, Christmas for Kids, and her church, Potosi Southern Baptist Church. Mamie was a longtime member of Providence Baptist Church prior to moving to Potosi.

In 2015, Mamie made the difficult decision to move closer to her family. During the five years she spent in Central Missouri she was an integral part of her children’s and grandchildren’s lives. Most importantly, she was able to spend quality time with her greatest joys, her great grandchildren. She enjoyed teaching the great grandkids how to bake cookies and would weekly make cookies for them.

The memories her family will cherish are innumerable - cookie trays for family and friends each year, wedding and baby quilts, “something” embroidered for every Christmas, chicken and dumplings, red velvet cake, wilted lettuce, reading and her love of game shows.

Funeral Services will be held Saturday, May 30, 2020 at 11 AM at DeClue Funeral Home. Brother John Edwards will be officiating. Interment will follow in New Masonic Cemetery.

In lieu of flowers, memorial may be made to the American Cancer Society in memory of Mamie Lee. Envelopes will be available at the funeral home.

To send flowers to the family or plant a tree in memory of Mamie Lee Wigger , please visit our Heartfelt Sympathies Store.

We encourage you to share your most beloved memories of Mamie Lee here, so that the family and other loved ones can always see it. You can upload cherished photographs, or share your favorite stories, and can even comment on those shared by others.

Guaranteed hand delivery by a local florist
B

Posted Jul 26, 2020 at 04:48pm
I have so many wonderful memories of Aunt Mamie Lee and Uncle Arthur. I loved them both very much.
Comment Share
Share via:
B

Posted Jul 26, 2020 at 04:26pm
I remember Aunt Mamie Lee and Uncle Arthur coming to visit us when I was four or five years old. Uncle Arthur picked me up
when I tumbled down our flight of stairs. I also recall spending a week with them in summer. Aunt Mamie Lee let me do dishes.
Comment Share
Share via:
B

Posted Jul 26, 2020 at 04:13pm
We offer our deepest sympathy and sincere condolences to all family, loved ones, and friends. We are keeping each of you in our prayers.
We love Aunt Mamie Lee so very much. She will always be in our hearts and in our minds. Aunt Mamie Lee was a beautiful person!
Comment Share
Share via:
LR

Posted May 30, 2020 at 09:20am
Mamie will be well remembered in our neighborhood for her generous heart. She kept so many of us supplied with sourdough bread and Christmas cookies. My family especially looked forward to the Christmas cookies. The grandchildren would call to ask if Mamie had “brought the cookies yet”. We were shameless when it came to her cookies. They never lasted long. Mamie was a good neighbor. She has been missed during the past five years.
Comment Share
Share via:
NB

Posted May 29, 2020 at 09:10pm
To the family of Mamie Lee, you have my deepest sympathy. I have fond memories of your Mom. She worked with my Mom, Margaret Meyer for many years at the health department. She and my Mom were special friends. Your Dad was my eighth grade teacher at Richwoods. Once in awhile he would bring little Dickie with him. With fond memories, Nancy Meyer Brod
Comment Share
Share via: 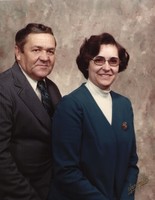 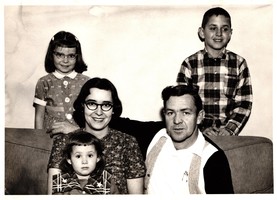 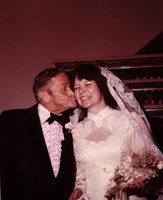