To share your memory on the wall of Marvin Dobbs, sign in using one of the following options:

On July 30, 1946 in Ironton, Missouri, Marvin was united in marriage to Retha Fryman, and two daughters were born to this union.

Those who remain to cherish his memory include his two daughters: Debbie (Jerry) McGinness and Terry Dobbs, both of Potosi;

Marvin grew up on the family farm in Greely, Missouri, in Reynolds County, later moving to Belleview in Iron County and then to Potosi. He was employed for many years as a bed laster at Brown Shoe Company and later as a heavy equipment maintenance mechanic for St. Joe Minerals Corporation, the job from which he retired. Marvin had an avid interest in antique automobiles, restoring to pristine condition several Model A and Model T Fords along with several early 1960 era Ford Mustangs. In his later years, his interests turned to old tractors and heavy equipment, both of which he used to build and maintain the two lakes on his property. Grandpa Marvin, as he was known, had a special place in his heart for his grandchildren and great-grandchildren. His involvement with their lives created many lasting memories which they will carry with them forever. He and his many skills will be sorely missed.

A Funeral Service will be held on Saturday, June 12, 2021 at 11 am at the DeClue Memorial Chapel with Elder Mike Jarvis officiating. Interment will follow at Caledonia Methodist Cemetery in Caledonia, Missouri.

To plant a memorial tree in honor of Marvin A. Dobbs, please visit our Heartfelt Sympathies Store.

We encourage you to share your most beloved memories of Marvin here, so that the family and other loved ones can always see it. You can upload cherished photographs, or share your favorite stories, and can even comment on those shared by others.

Plant a Tree in Memory of Marvin
Plant a tree 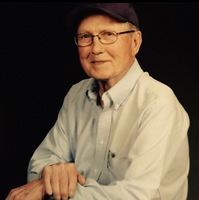 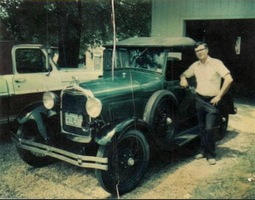 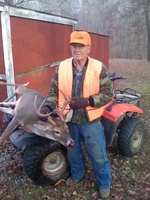 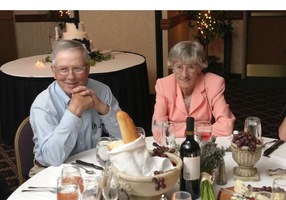