To share your memory on the wall of Muril Littrell, sign in using one of the following options:

On October 28, 1972 Muril was united in marriage to Donna Portell and they shared forty-eight years together.

Muril loved anything that had to do with family, friends, and Jesus. He loved family gatherings for holidays, birthdays, and Sunday dinners. KFC and the Family Steakhouse were two of his favorite places to eat. He loved good ole fried chicken and fish.

Muril loved to hunt with his son and brothers. There were many stories told and lots of laughs while staying at deer camp in the cabin. He was a great fisherman. He loved it when the grandkids would ask him to go to the lake. Riding four-wheelers and his side-by-side was something he loved to do when he would camp with his family.

Muril loved Jesus. He went to church and was a faithful servant to the Lord. He enjoyed playing his guitar and singing gospel songs with friends and family. It meant the most to Muril when he had his brothers and sisters singing along with him.

Muril loved everyone and enjoyed the simple things in life. He was a hard worker and it showed in everything he did.

A Funeral Service will be held Wednesday, November 25, 2020 at 11 am with Pastors Gary Petty and Gary Greenlee officiating. Interment will follow at Calvary Cemetery, Potosi, Missouri.

**Due to the health and well-being of all, facial masks are encouraged for both the visitation and funeral service.

We encourage you to share your most beloved memories of Muril here, so that the family and other loved ones can always see it. You can upload cherished photographs, or share your favorite stories, and can even comment on those shared by others.

Flowers were purchased for the family of Muril Littrell. 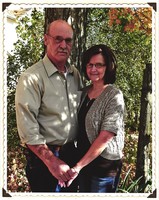 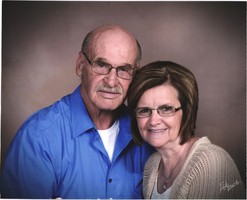