To share your memory on the wall of Naomi Merritt, sign in using one of the following options:

Naomi’s life was one of Ministry. She taught her first children’s Sunday School class at age 11, was called to preach at 13 and held her first revival at 14. She held a revival at the Assembly of God church in Smyrna, Georgia where she met her husband, Rev. Donald Merritt. He always said she was a Fisher of Men and caught one. During their Ministry together they pastored Assembly of God churches in three Assemblies of God Districts – Georgia, Southern Missouri, and Northern Missouri. After their daughter, Donna graduated from High School they entered the Evangelistic Field. The Traveling for Jesus Kids Crusade ministry took them to 14 states including 5 Native American Reservations, conducting over 400 Revivals and Children’s Crusades. During this time, they would alternate between Evangelistic ministry and Pastoral Ministry. Even after the passing of her husband in 2013, she continued to work with children’s ministries and preach. Boys and Girls loved to hear her tell stories from the Bible, along with Missions stories, Hive of Busy Bees and other stories. The last sermon she preached on February 28, 2021 asked the question, where are you with God? The question she asked for years and the reason she was in Ministry was to see people of all ages turn their lives to God. What a great legacy for all who knew her, her family, and especially her granddaughter, Joy Fambrough who is following in her grandmother’s Ministry footsteps.

A Funeral Service will be held Friday, April 2, 2021 at 2pm at DeClue Memorial Chapel with Pastor Don Miller officiating. A private interment will be held on Monday, April 5, 2021 at Jefferson Barracks National Cemetery in St. Louis, MO.

In Lieu of flowers, memorial contributions may be given to the Fambrough family.

We encourage you to share your most beloved memories of Naomi here, so that the family and other loved ones can always see it. You can upload cherished photographs, or share your favorite stories, and can even comment on those shared by others.

Plant a Tree in Memory of Naomi
Plant a tree 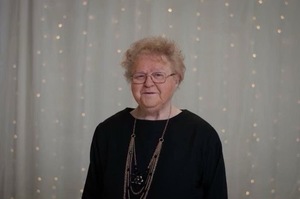 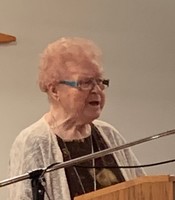 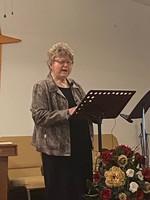 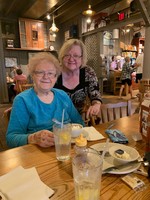