To share your memory on the wall of Norma Jean Eye, sign in using one of the following options:

On May 21, 1945, Jean was united in marriage to Bobby Lee Eye and they shared 68 years of life and memories together.

Jean was a graduate of Belgrade High School, class of 1945. Before retirement she worked in the office of Brown Shoe Company both in Potosi, Missouri and Leachville, Arkansas. In addition, Jean also worked as an administrative assistant in the superintendent's office of Fox school system in Arnold, Missouri. Jean was also co-owner of Eye's for Antiques. She and Bobby returned to Belgrade and farmed for a number of years. Some of her favorite things she enjoyed were quilting, gardening, and most of all being a wife, homemaker, mother and grandmother. Jean will be missed by her family and all those who knew her.

We encourage you to share your most beloved memories of Norma Jean here, so that the family and other loved ones can always see it. You can upload cherished photographs, or share your favorite stories, and can even comment on those shared by others.

Plant a Tree in Memory of Norma Jean
Plant a tree 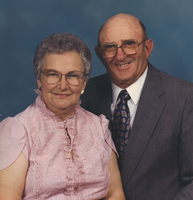