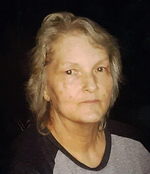 Rhonda Lee Goldacker of Potosi, Missouri, was born on November 15, 1950 in St. Louis, Missouri, a daughter of the late Delbert Richards and the late Lucille Schrum. Rhonda passed away peacefully on Monday, November 2, 2020 at her home having reached the age of sixty-nine years, eleven months, and eighteen days.

Visitation will be Saturday, November 7, 2020 from 10:30 am until the time of service at 1 pm held at DeClue Funeral Home.

Funeral arrangements were respectfully entrusted to the care and direction of DeClue Funeral Home.