To share your memory on the wall of Rose Marie Smith, sign in using one of the following options:

Print
Rose Marie Smith of Potosi, Missouri, was born on March 11, 1934 in Potosi, a daughter to the late John and Rose (Charboneau) Ruby. Rose went to her Heavenly home on Sunday, February 7, 2021 having reached the age of 86.

On April 11, 1953, Rose was united in Holy Matrimony to Roy A. Smith. Rose was was a parishioner of St. Joachim Catholic Church. She loved the Lord and all who knew her knew that her faith was very important to her. Rose also enjoyed spending time with her family. Rose will be greatly missed and her memory will be forever treasured.

Those who remain to celebrate her life include her four siblings: Jerry Ruby, Virgil (wife, Jackie) Ruby, Louise (husband, Bill) Barton, and Dorothy Barton; and a very dear and special friend who became family, Louise Jadwisiak.

Many of you know that Marie started her vocation at the age of 14 or 15 years old when her Uncle Steve Pashia had a stroke that left him paralyzed. Marie left home and went to live with her Aunt Emma and Steve Pashia to help with his care. She lived there for 4 years until she graduated from High School. She also took care of her little brothers, Jerry and Virgil when she was 7-8 years old until she left to care for Uncle Steve. Following Jerry, there was Virgil, Louise and Dorothy (Dot) to help with, in so many ways. Later, after she had married the love of her life, Roy Smith, and was pregnant with her first child, she came home to wait until the son, Roy A. Smith, Jr. made his entrance into this world and Roy Sr. came home from the Army. John and Rose Ruby, her parents were, of course, in love with their grandson, and wanted them to settle in this area, but the jobs were in St. Louis and so they made their home there and other places as employment opened up. At one time they had a partnership with Gene and Thelma Kramer in a gas station in East St. Louis, Illinois. Marie worked at several different factories, but their oldest son became ill and she was a stay-at-home Mom for years. After the loss of Roy, Jr. she wanted to be close at hand for Donnie and took a nurse's aid job in Kimmswick while living in Barnhart. She was a Certified Nurse's Aide. She worked there for years until it closed and then continued that career at Nazareth Nursing Center for many years. Many of you know Roy and Marie also lost their second son, Donald Wayne Smith, known as Donnie. In all this time span she helped in-laws, friends, nieces and nephews, brothers, sisters, and anyone that had problems that just needed a little help with, Marie was always ready to help. Sometimes it was way more than a "little bit" of help, but her generous nature opened her hands to others many, many times.
Our Grand-daughters always say, "no one can make pies like Aunt Marie." Her renown for pie-making takes a "second place" to her zest for life and laughing and making all of us play games with her, like Bingo, Rummy, Hearts, Aggravation, and many others, and believe me, she was a serious competitor and many of us were "re-named" during these skillful trouncings. There are a few other things you should remember about Marie.

We thank God for this caring, kind, generous, funny woman and for her ability to always making others laugh or re-think their problem with laughter. Marie had great faith in the Lord and was faithful in her prayer life and devotions daily. As all of us do when nearing the end of our days, Marie asked the Lord to please take her to be with Him saying, "I am ready, and I want to go." So, we ask that you remember that to comfort your hearts. She had a good life, as we knew and as she also said several days before her passing. Please remember these comforting things as you remember our peppy, quick, snappy, and oh, so honest, Marie.

We have comfort in knowing that she is at last with her beloved husband, Roy, and her two sons, Roy Jr. and Donnie, and many others that she missed so much. The greatest comfort to us is knowing that Marie loved the Lord and was faithful in her salvation and is in Peace because of this reality in her life. Do pray for us as we are in need of prayer support...as we all are. May the Lord give us all Peace.

A Funeral Service will be held on Saturday, February 13, 2021 at 11 am with Monsignor James Hanson officiating. Interment will follow at Sunset Hill Cemetery.

Funeral arrangements were respectfully entrusted to the care and direction of DeClue Funeral Home. Online condolences my be expressed by visiting decluefuneralhome.com
Read Less

We encourage you to share your most beloved memories of Rose Marie here, so that the family and other loved ones can always see it. You can upload cherished photographs, or share your favorite stories, and can even comment on those shared by others.

Plant a Tree in Memory of Rose Marie
Plant a tree 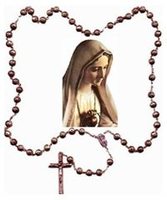 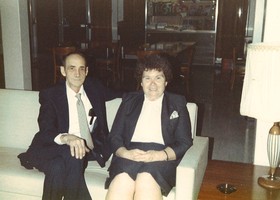 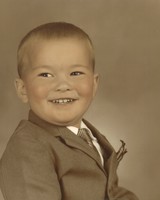