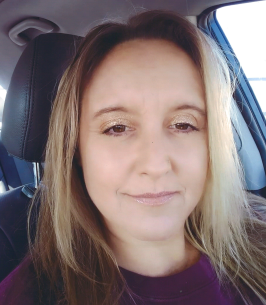 Sandra “Michele” Reed of Potosi, Missouri, was born on December 21, 1974, in St. Louis, Missouri, a daughter of Jackie (Thompson) Forrester and the late Rex Lynn Hall. Michele passed away on Monday, May 2, 2022, having reached the age of forty-seven years, four months, and eleven days.

In addition to her father, Michele was preceded in death by her brother, Chad Johnson; maternal grandparents, Sam & Jean McMullin; and uncle, Sam Thompson.

A Visitation will be Friday, May 6, 2022, from 12 to 2 pm at DeClue Funeral Home. A Funeral Service will immediately follow the visitation at 2 pm, officiated by Pastor Matt Woods. Interment will follow at Bonne Terre Cemetery in Bonne Terre, MO.

DeClue Funeral Home was honored to have served the family of Michele.