To share your memory on the wall of Scottie Schrum, sign in using one of the following options:

Visitation for Scottie was held at DeClue Funeral Home on Saturday, March 7, 2020, beginning at 10:00 AM. A funeral service was held at 1:00 PM, held in the DeClue Memorial Chapel with Pastor Bill Brammer officiating.

To send flowers to the family or plant a tree in memory of Scottie Laverne Schrum, please visit our Heartfelt Sympathies Store.

We encourage you to share your most beloved memories of Scottie here, so that the family and other loved ones can always see it. You can upload cherished photographs, or share your favorite stories, and can even comment on those shared by others.

Posted Mar 05, 2020 at 06:05pm
As you grieve know that we are remembering you and honoring the memory of "Scottie Schrum".

Posted Mar 05, 2020 at 12:00pm
So very sorry for the families loss, Scottie was a wonderful man. He will be missed!
Randy and Jackie Warden
Comment Share
Share via: 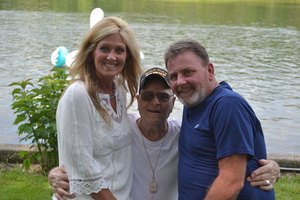 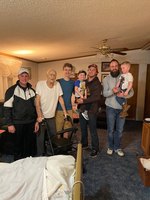 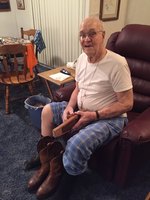