To share your memory on the wall of Stanley Counts, sign in using one of the following options:

On July 19, 1980, Stanley was united in marriage to Anita Diane White and three children were born to this union.

In addition to his father and mother, Stanley was preceded in death by two sisters: Norma Baker and Maxine Novak; mother-in-law Karen White; and brother-in-law Walter Goodman.

Stanley was a truly loving and giving person. He always had a smile to share, a laugh to give, or the shirt off his back if you needed it. He was a devoted father and family man. He enjoyed spending time with his family, hunting, fishing, going on drives, and the “occasional” practical Joke. Stanley was a skilled mechanic. He knew his trade well, and looked out for the people he worked with. He did this to the extent that many of them came to consider him family. The evidence of a life well lived and his hard work is clear when you look at his friends and family, and how they all pulled together to be there for him. He was a strong, loving, and caring man. He will be greatly missed by all.

Visitation for Stanley will be held Sunday, November 29, 2020 from 10:30 am until the time of funeral service at 2 pm held at DeClue Funeral Home, 301 East High Street, Potosi, Missouri, 63664. Stanley's service will be officiated by Sister Mariam Counts and Brother Aaron Radford.

Interment will follow at Caledonia Methodist Cemetery. Funeral arrangements were respectfully entrusted to the care and direction of DeClue Funeral Home.
Read Less

We encourage you to share your most beloved memories of Stanley here, so that the family and other loved ones can always see it. You can upload cherished photographs, or share your favorite stories, and can even comment on those shared by others.

Posted Nov 27, 2020 at 09:24pm
I am so deeply saddened to hear of Stanley passing. As kids and 1st cousin's, I have so many fun memories of playing and spending time with Stan, Sharon, and Glena. I remember going on camping trips and spending the night at their house. Memories that I will cherish for life.
My deepest sympathy,
Margaret (Counts) Schroeder

Posted Nov 27, 2020 at 04:51pm
So sorry to hear of Stanley’s passing. When we were kids We all rode the bus to and from school with Stanley. When I was in grade school we had a bully on the bus that loved to pick on the younger kids. One day it was my day to get picked on. While I was getting roughed up Stanley slowly made his way to where I was sitting and calmly yet firmly placed his hand on the bully’s shoulder and told him pick on someone his own size and to keep his hands to himself. Stanley’s action that day eliminated anymore bullying on that bus route. No one messed with Stanley Counts that I knew of while attending Bismarck High School. He was a very quite person with a kind heart. Stanley will be missed.
Comment Share
Share via: 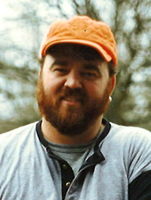 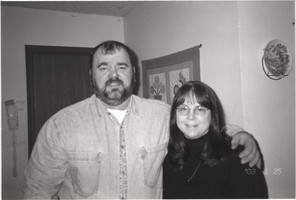 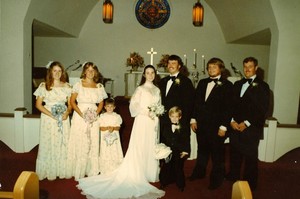 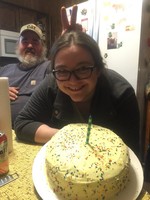