To share your memory on the wall of William Hicks, sign in using one of the following options:

Bill will be missed by so many including his sister, Sharon Williams; niece, Takia Williams; nephews: Christopher and Nathan Williams; great-niece, Jade Williams; and many other special friends.

In addition to his parents, Bill was preceded in death by his stepfather, Marvin Coffman; two sisters: Sandy and Carol Hicks; brother, Robert Hicks Jr.; and niece, Tira Coffman.

Bill loved anything baseball, including collecting cards and especially watching the Cardinals games. Wrestling was a close second in his list of favorites. Another thing he loved was lighthouses and collected many of them. When it was warm he enjoyed collecting aluminum cans off the side of the road. When he was home, he enjoyed spending time with his cat, whom he thought had a "mind of it's own."

There are no services scheduled at this time for Bill. Online condolences may be expressed by visiting decluefuneralhome.com

There are no events scheduled. You can still show your support by sending flowers directly to the family, or planting a memorial tree in memory of William L. Hicks.
Plant a Tree

We encourage you to share your most beloved memories of William here, so that the family and other loved ones can always see it. You can upload cherished photographs, or share your favorite stories, and can even comment on those shared by others.

Plant a Tree in Memory of William
Plant a tree 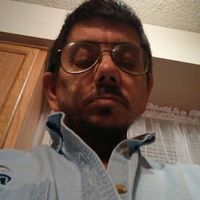