To share your memory on the wall of Yvonne French, sign in using one of the following options:

At the one room elementary school that she attended, one teacher taught all eight grades. Students learned very quickly to study alone. On her way to school, (which sometimes served as a church) she walked an old ridge road that had cut a deep groove into the hilltop. Her father told her, "You're walking on ground that the Indians trod on their way to the western reservations, and then, twenty-five years later the war wagons rolled." She walked a little lighter on it after that. After her father died, Yvonne was unable to complete her formal education. Ever aware of this deficiency, she begged, borrowed, and bought books from those who could attend. She tried to educate herself, but wished many times that she had the luxury of an instructor to explain something that she had difficulty understanding. At the age of fifty-nine, Yvonne received her high school equivalency diploma.

The old (Potosi) ridge road's history, combined with stories that the old folks told about the Civil War, instilled in her a love for regional history. For years, she searched for books or some sort of literature that told of the local women and children's struggle for survival after the men were sent east to fight. She found nothing. Therefore, though feeling inadequate for the task, she nevertheless decided that she must attempt to save this bit of history and wrote and published "Missouri's Civil War A State In Terror."

Yvonne was united in marriage to James D. French on October 29, 1949 and they shared nearly seventy-one years of memories together.

Yvonne passed away peacefully on Sunday, September 27, 2020 having reached ninety years of age.

In addition to her parents, Yvonne is preceded in death by two sisters: Virginia Snyder and Ethel May Williams; and two brothers: Lloyd Stewart and Frank Devine.

Yvonne was a caring and compassionate wife, mom, grandma and great grandma. Her cinnamon roll factory has been slow over the past few years but this past Sunday, it officially shut down forever. So, as your day starts, have a cinnamon roll and enjoy life to the fullest.

A funeral service to honor Yvonne will begin at 11:00 AM on Wednesday, September 30, 2020, held in the DeClue Memorial Chapel with Elder Leonard Compton officiating.

Interment will be held at St. Francois Memorial Park following the service.

We encourage you to share your most beloved memories of Yvonne here, so that the family and other loved ones can always see it. You can upload cherished photographs, or share your favorite stories, and can even comment on those shared by others.

Posted Sep 28, 2020 at 09:03pm
Wishing you peace to bring comfort, courage to face the days ahead and loving memories to forever hold in your hearts.

Flowers were purchased for the family of Yvonne French. 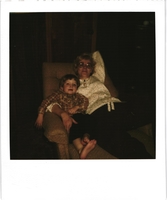 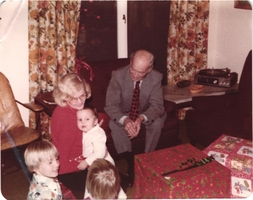 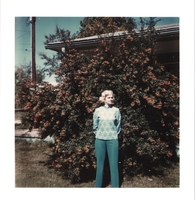