To share your memory on the wall of Jody Jackson, sign in using one of the following options:

On October 2, 1982, Jody was united in marriage to Carolyn Sue Dodd.

In addition to his father, Jody was preceded in death by his son, Chad “Homer” Jackson; sister Cheree Jackson; father-in-law and mother-in-law: Clyde and Lessie Dodd. Also preceding him in passing were dear brothers-in-law and sisters-in-law.

A Graveside Visitation will be held on Wednesday, April 29, 2020 at Caledonia Methodist Cemetery from 12 PM to 1 PM.

A Graveside Service will immediately follow on Wednesday, beginning at 1 PM. Bro. Gary Nash will officiate the service.

Flowers are welcomed and will be received on Tuesday, April 28th until 3:30 PM for the private family viewing.

As we encourage the community to join the family in honoring the life of Jody, we urge everyone to follow the guidelines of our government and health officials regarding personal contact and attending gatherings. We know many will want to express their sympathy directly to the family, but all attendees must practice social distancing for the entire duration of the service. DeClue Funeral Home is committed to helping families honor the lives of their loved ones, while keeping the safety and well-being of all residents, staff and officials our priority. We appreciate your understanding and patience during this difficult time. We will continue to pray for our community and nation. May God Bless.

To send flowers to the family or plant a tree in memory of Jody Eugene Jackson, please visit our Heartfelt Sympathies Store.

We encourage you to share your most beloved memories of Jody here, so that the family and other loved ones can always see it. You can upload cherished photographs, or share your favorite stories, and can even comment on those shared by others. 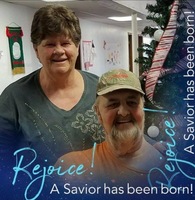 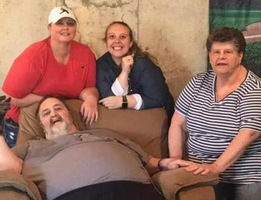 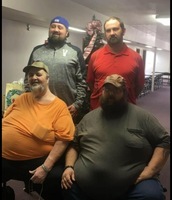