To share your memory on the wall of Norman Wilkinson, sign in using one of the following options:

In addition to his parents, Norman is preceded in death by three brothers: Wayne Wilkinson, Jesse Wilkinson and Nolan Wilkinson; one sister, Betty Wilkinson; and his mother-in-law, Juanita Horton.

The first time I saw Norman, he was sitting with his cousin Kenny and friend Mark, watching wrestling on tv one June Sunday in 1977. There he was, tall dark and handsome, with the bluest eyes I had ever seen. I saw that when he finally lifted his head so I can see them under the hat he always wore.

I can't explain how we really came to be, we were both extremely shy and never talked a lot, but we would have been married 43 years this November. We adopted 3 baby boys during those years that made our family complete.

Family was everything to him, whether he was mowing his Dad's grass while riding Alex and Robert on his knees (don't try this at home), putting siding on his brother Wayne's house, or butchering hogs for his Uncle Ken he was there. He would give rides to church for his sister Paula when his Dad was too sick, walked the floor with Christal when she had colic, and loved to hear Marcia sing. The talks he and Marti shared these last few months brought him joy. I think he enjoyed Darrell's quirky humor and was so very proud of his drawing talent.

He was hard working and only held one job during our marriage. And he didn't know what a 40 hour work week was. He worked evening and weekends just to make sure his crews had everything they needed do a good job on the work site.

He grew up with love for hunting and fishing with his dad and brothers, but they passed away and his health began to fail. Just last week he felt a little better and went to the city park with Gabriel and cast out a few times. It was great to see the look on this face, just a simple thing but something he enjoyed greatly.

He was a shy, over-protective, hardworking, giving husband, father, son, brother and friend. He was old-fashioned and set in his ways. They say love is blind but I believe you know the faults but love regardless bringing out the best in those God brings to you. The love that Christ showed for us was not blind yet he gave his life for us. Norman and I knew each others flaults but cared for each other with a deep unending love. I am proud to say Norman loved the Lord with all his heart. This is not the end for him, his joy has just begun and my greatest hope is that me, his family and those that have known him with strive to be reunited with him some day soon.

A Memorial Service will be held at Potosi Pentecostal Church on Saturday, September 26, 2020 beginning at 1 pm. A time of fellowship will follow the service.

We encourage you to share your most beloved memories of Norman here, so that the family and other loved ones can always see it. You can upload cherished photographs, or share your favorite stories, and can even comment on those shared by others.

Posted Sep 26, 2020 at 11:11am
When I learned of Norman's passing I kept hearing the song HERO in my head then listening to it on Amazon. Norman was my hero and a hero to so many others who loved him. Being a hero means that his presence in our lives is always just a breath away as we remember him and the loving role he played in our lives. As children we were often side by side and getting into mischief. We shared so many memories these past few years that I will continue to cherish when I think of him. He loved the outdoors and nature fed his soul. Thanks to Shelbie he lost some of his shyness and found his powerful voice! I will miss you so much ❤️ little brother 💞 but I can already see you dancing with the angels and giving hugs Mom, Dad, Wayne and Jesse, and sweet little Amy and Felicia.
Comment Share
Share via:
JD

Posted Sep 17, 2020 at 12:06pm
Please accept our most heartfelt sympathies for your lossour thoughts are with you and your family during this difficult time.

Posted Sep 16, 2020 at 09:21am
I’ve known Norman all my life. I remember learning to play horse shoes at his dads house with all the old crew. Good people good times, so glad I got to be a part of his life. RIP my friend.
Comment Share
Share via: 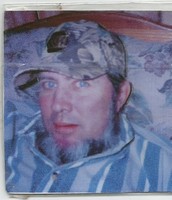 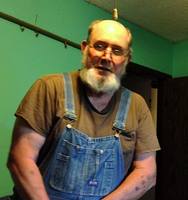 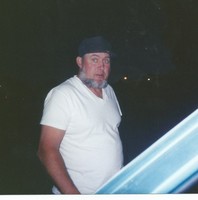 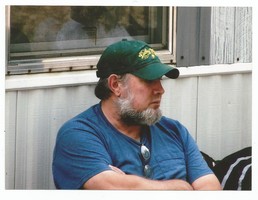